2018 marks an impactful year for reputation. In many ways, this year represents a strategic inflection point with an overall decline in reputation for the first time since the end of the Great Recession.

With fake news, cybersecurity, corporate tax reforms, and gender equality grabbing the headlines, the measurement and management of reputation — its impact on corporate culture, and ultimately revenue — becomes an essential part of business success.

Each year the Global RepTrak® 100, annually published by Forbes, measures the top 100 global corporate reputation results. The study showed us this year that some companies are better at navigating macro-economic and societal headwinds, earning themselves a top 10 ranking in the RepTrak® 100 study.

The world’s most reputable companies in 2018: Global RepTrak® 100

For the third consecutive year, the Switzerland-based creator of luxury watches is the most reputable company in the world. Well over a century old, Rolex is consistently committed to innovation. The brand is credited for developing the world’s first waterproof wristwatch, the first wristwatch with an automatically changing date, and the first wristwatch to tell time in multiple time zones.

Rolex has a long history of optimizing influencer marketing. It is the official timekeeper of Wimbledon and the Australian Open. Aligning itself with people at the top of their game, most recently with their Creatives of Cinema campaign honoring established filmmakers, Rolex maintains its status symbol brand that redefines winning.

The Lego Group is the second most reputable company in the world for the second consecutive year. As a consistent leader in transparency and societal contribution, Lego is the only company to have a strong RepTrak® score in governance and only one of four to hold a strong score in citizenship.

Aligning its product with purpose has proven to be a winning strategy for LEGO. Its Planet Promise initiative replaces its plastic products with sustainable materials at once combining values on societal contributions with business transparency.

This year’s fastest top-ten riser, Google, jumped from fifth to third place. The technology behemoth remains a consistent top-performer in the reputation space. Its landmark innovations and trend-setting workplace culture continue to transform work and life as we know it.

Google does not shy away from taking a firm stand on sometimes controversial issues. This year the company launched the #ShowUp platform in support of the LGBTQ community. Google’s formal list of commitments are too many to list but include education, employment, and women’s rights.

Google’s first Founder’s Letter states the company’s goal is “to develop services that improve the lives of as many people as possible.” Continuing to match this ambitious objective with life-altering technological advances is what keeps Google’s reputation sky high.

Canon specializes in the manufacturing of imaging and optical products, most notably cameras, photocopiers, and computer printers. Headquartered in Tokyo, Canon has a long history of enacting innovative green initiatives.

The company’s ongoing commitment to corporate social responsibility is evident in its annual sustainability report and, more specifically, through its Bird Branch Project and Action for Greenenvironmental activities.

Steeped in a legacy rich in creativity and with an unmatched vision nothing short of magic, the Walt Disney Company once again joins the ranks of the top 10 most reputable companies in the world.

The Disney Conservation Fund continues to focus on saving wildlife and protecting the planet with a variety of funding opportunities, grant-giving, and resources. In 2017, Disney continued to push its environmental commitment by diverting 46% of waste from landfills while reducing its emissions by 41%.

The recent merger announcement of The Walt Disney Company with 21st Century Fox promises an even more robust suite of entertainment products and services, likely rewarding investors who have enjoyed a generally upward trending stock since the early 2000s.

With expertise in electronics, gaming, entertainment, and even medical and financial services, Sony continues to be a highly diversified global company in both the consumer and professional spaces.

Sony has a long-standing commitment to environmental and community causes that continue to shape its overwhelmingly positive reputation.

Sony’s corporate social responsibility theme is named “For the Next Generation.” It supports the Sony Science Program where Sony engineers educate children at interactive workshops focusing on science and technology.

Retail giant Adidas returns as a top 10 most reputable company in the world this year, no doubt coinciding with its continued commitment to human rights and sustainability roadmap.

Named in 2017 for the 18th consecutive time to the Dow Jones Sustainability Indices, Adidas is considered one of the leading sustainability-driven companies worldwide. Adidas is rated best-in-class across areas as impactful as environmental policy and management systems, corporate citizenship and philanthropy, and human rights among others.

Bosch is the largest supplier of automotive components and is a multinational engineering and electronics company. It is unique in that it is an extremely large private company almost entirely owned by a charitable foundation.

Bosch continues to place both its internal and external stakeholders in high regard while at the same time pushing for aggressive environmental targets, sustainable product development, and ongoing commitments to education and community.

A newcomer to the to the top 10 most reputable companies, BMW Group is a multinational producer of automobiles and motorcycles.

BMW Group maintains a committed focus to emissions reduction, having recently added more electric vehicles to their fleet than any manufacturer in Europe.

In addition to its innovative products, BMW Group facilitates the BMW Foundation, designed to inspire and connect leaders while investing in impactful organizations.

This year, Microsoft rises up to rejoin the top 10 most reputable companies, most notably for its positive influence on society and thanks to its appealing leadership.

CEO Satya Nadella recently stated that he thinks “it’s important for companies like [Microsoft] to have a set of principles.” Nadella has outwardly taken a stance on controversial and social issues like privacy, security, and immigration. This purpose-driven leadership is likely what continues to set Microsoft apart.

What other companies can learn from the study: Key reputation takeaways

These top most reputable companies in the world vary drastically by size, industry, location, and even ownership in some cases. But they do share some key trending components worth noting as best practices for organizations aiming to boost their own reputation.

Contact us for more information about the world’s most reputable companies in 2018. 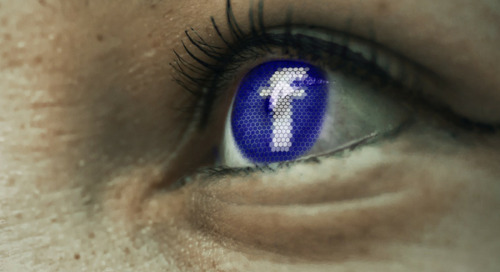 Facebook is on Trial — and the Jury is Out

It has been a tumultuous 18 months for Facebook. And its perils are no longer isolated to the US but have a... 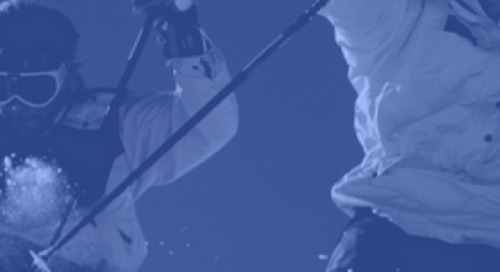