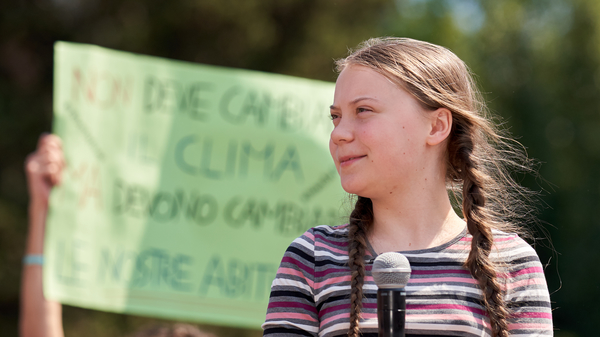 The idea of global warming is not a new one. Climate change has long been a hot debate around the world.  While the scientific community largely agrees that climate change has been in motion since at least the onset of the Industrial Revolution, views and arguments around the topic remain highly polarized.

Deniers exist at all levels, providing a steady stream of contention. And, while grown-ups have been debating the topic for years, the soft voice of a 16-year-old has recently become the loudest.

Greta Thunberg is, by all measures, an unlikely activist.

Timid and anxious by nature, she speaks with a diffident tone. She has an ongoing struggle with social and communication skills, likely due to the fact that she is on the autism spectrum, making her accomplishments all-the-more impressive. Admittedly, for most of her life, she existed as “the invisible girl in the back who doesn’t say anything.”

Now very much in public view, Greta is forced to take on a new persona. She has become a pioneer in the realm of environmental change, leading masses from every continent in a global movement. She’s pushing for change and demanding that actions be taken by government officials and corporations to improve the future of our planet. The world, it seems, is watching and her generation is looking to her for leadership.

When Greta first took action, she was not thinking on a global scale. In an effort to bring attention to climate change and force action in Sweden, she performed a solitary act: she skipped school in protest. Instead of sitting in a classroom, she sat outside of Swedish Parliament, holding a sign that read, “School strike for the climate.”

Among her environmental demands, Thunberg asked that Sweden align with the Paris Agreement and reduce emissions. Her strike continued for weeks and it wasn’t long before a now-iconic photograph of her lone protest went viral, sparking a worldwide youth movement that went on to become Fridays for Future.

The movement gained momentum and participants when Greta delivered a powerful speech at the United Nations Climate Change Summit, which was later edited into this viral Death Metal Remix. 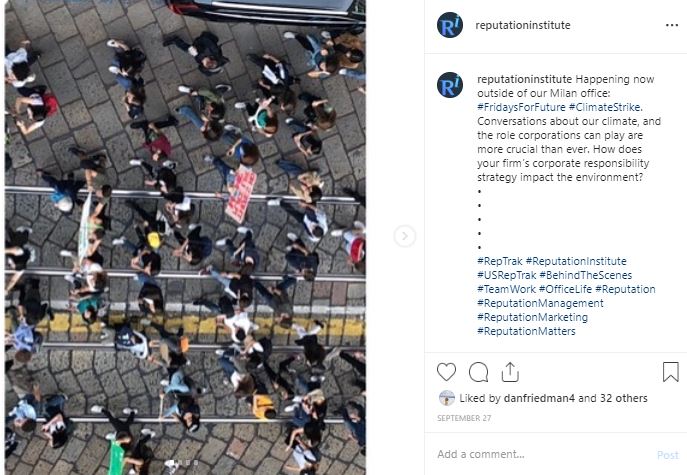 From Ri Instagram, a view from the Ri office in Milan of a recent #FridaysForFuture protest parade.

Since then, more and more student strikes are being organized around the world, growing the movement exponentially. Beyond that, Thunberg has sparked a new urgency, inspiring legions across the globe, especially youth, to work toward environmental change. This phenomenon is being referred to as “The Greta Effect.”

In eras of yore, it is quite unlikely that Thunberg would have made very much of an impact. In this digital and social media age, a wide range of media outlets provide exposure unavailable to previous generations. Greta has more than 2.8 million followers on Twitter and almost 8 million on
Instagram alone. Aside from allowing voices like Thunberg’s to be heard in thundering decibels, this type of exposure also allows for something else: a demand for accountability.

Due to the transparency and exposure created by digital media, accountability relationships are being reshaped on all levels. Citizens are demanding change from political representatives, members are asking their community organizations to do more, and shareholders and consumers are raising expectations for corporations and their CEOs.

Businesses stand to learn a lot from Greta.

The global outcry that Thunberg’s strike sparked spotlights the fact that there is a worldwide concern for the future of our planet as well as a strong desire for environmental change. This is a compelling motivator for companies to strengthen reputations and show corporate responsibility.

Answering the public with new climate commitments and upholding them is a way for corporations to build bridges to the people who matter most and foster a positive identity that is strengthened by an impactful purpose.

In fact, Ri data proves that purpose-driven companies with enhanced brand strength have a higher reputation. Earlier this year, globally-surveyed Chief Communications Officers said that the #1 most important opportunity in managing corporate reputation is "higher purpose."

It appears that Larry Fink, CEO of BlackRock, would agree with us and with Greta regarding the power of purpose. In his annual letter to CEOs, he wrote,

Profits are in no way inconsistent with purpose — in fact, profits and purpose are inextricably linked.

Stepping up and embracing the issues that stakeholders are passionate about is a great way to demonstrate corporate responsibility. Companies like Seventh Generation have already taken that initiative, as demonstrated in this recent tweet to show support for the Global Climate Strike. 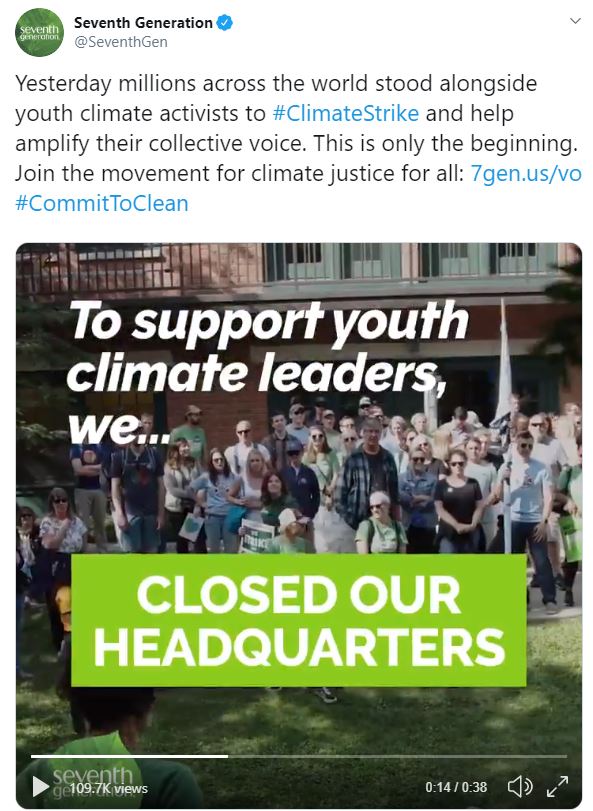 Along with hundreds of other companies, online and brick and mortar alike, Seventh Generation closed down shop in solidarity and to encourage participation in the movement. These companies displayed a purpose that is consistent with the demands of a generation that is concerned with environmental awareness and betterment. Sharing and addressing the concern strengthens both consumer connections and the brand itself.

More than ever, employees are looking to join companies with integrity and a strong purpose so that they can be a part of a positive culture. In fact, our RepTrak data shows that 66% of employees want to work for companies with excellent reputations.

Greta Thunberg’s initially small action yielded monumental results. A once shy, “invisible” girl is now the face of climate-change activism as well as a Nobel Peace Prize hopeful. Thunberg has forced awareness and change around the world, demanding that government leaders and corporations assume their burden of responsibility for the environment and address the mounting climate crises.

One thing that is for certain: societies around the world have a shared concern for the environment and the measures that need to be taken to preserve it. Politicians and corporations have a huge opportunity to step up, practice responsibility and align their actions and purposes with the demands of the public. Regardless of size, companies and individuals alike have the potential to make a positive difference in the world. 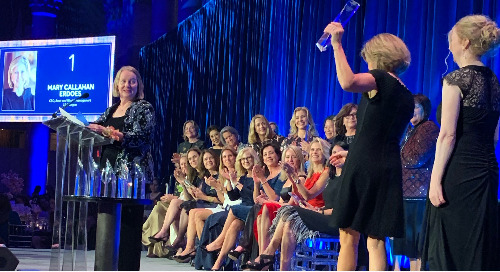 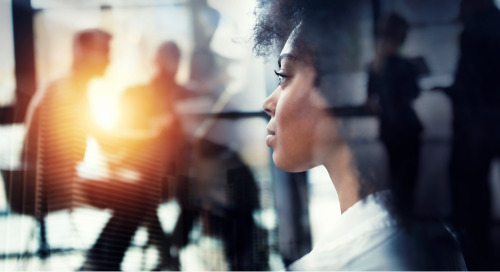 Kylie Wright-Ford sits down to discuss purpose, corporate reputation, and the role Ri plays in getting comp...