This Month in Reputation: Mars, BlackRock, CSR, Diversity, and Davos

Two thousand and nineteen is shaping up to be a big year for reputation and corporate responsibility. Here are the biggest reputation stories from January:

Grant Reid, the CEO of Mars, spoke about the role that values, and purpose, play in the Mars philosophy in an interview with Bloomberg Businessweek Debrief. A privately held company for more than 100 years, Mars has invested significant resources in sustainability and human rights efforts….and not just because they believe it’s the right thing to do. They believe it’s also the right thing for their business.

For Reid, the two are inextricably intertwined: Mars’s success, and the resources that success provides, enable them to tackle thorny issues like climate change, human trafficking, and even the obesity crisis. And by tackling these problems, Mars can prepare itself for a better and more prosperous future.  “The way we do business today creates the world we want tomorrow,” he told Bloomberg Businessweek.

Reid spoke particularly about Mars’s work on sustainability, including efforts to make life easier for cocoa farmers in Cote D’Ivoire--providers of essential ingredients for Mars’s flagship products like M&M’s.

“If you ask the kids in Cote D’Ivoire what they want to be, none of them say cocoa farmer,” Reid says. “It’s a tough, tough existence. So we’re trying to help them be more productive, provide them with more disposable income, allow them to send their kids to school, to ensure we don’t lose this vital part of our supply chain.”

Mars has gotten involved even in issues that might seem to be a threat to their bottom line. They’ve been at the forefront of efforts to educate people—particularly children—about the risks of too much sugar. They no longer market their candy directly to children, and were among the first to display the nutritional content on the front of their packaging. They did this, Reid says, because of their commitment to transparency.

All of this makes the business better, but, according to Reid, it also makes them more competitive and sets them up for more success.

“Having this higher purpose attracts much greater talent,” he says.

Kramer: Ignoring social and environmental impact is bad for business

In Harvard Business Review, Mark Kramer discussed the backlash to BlackRock CEO Larry Fink’s declaration that his company would put more focus on diversity and inclusion, and his remarks that business overall needed to focus on more than just profit maximization.

Fink was rapidly accused of practicing “corporate socialism” and letting his own politics blind him to what’s best for his company and his investors.  According to Kramer, however, Fink’s critics have it all wrong: He says Fink is simply responding to “a growing body of evidence demonstrates that economic success is strongly determined by the way a company addresses social issues.”

It’s his critics, Kramer writes, who are letting their own personal values blind them to the fact that what’s going on in the wider world directly impacts the economic returns of any given company or corporation.

According to Kramer, companies need diverse workforces because the demographics of the US are shifting rapidly; business must either adapt or be left behind. Sustainability is not just good for the environment but also a way to cut costs, as shown by Wal-Mart’s recent efforts to shrink its carbon footprint. Many of other companies have now shown that taking social issues seriously is not only a way to build a better reputation, but a way to increase returns to your shareholders.

By making these “social issues” a priority for BlackRock, Kramer says, Fink is being proactive and preparing his company for a future that is coming, whether his critics like it or not.

In Forbes, angel investor and consultant Susan McPherson writes that an interest--from consumers, investors, and employees—in corporate responsibility is growing exponentially and soon it will simply be the normal way of doing business. This will bring about a number of shifts at all levels of business and finance.

She cites CEO Tim Mohin, who says the amount of assets under responsible management has increased 25% since 2014, to $22.89 trillion, or more than the entire GDP of the US.

This increased interest means companies, from the boardroom on down, must do more to commit to socially aware policies, including diversity and inclusion, transparency, and sustainability. If not, they risk losing talented employees to other companies, as a tight labor market means high-skilled workers have more choices than ever before.

As interest grows, McPherson says, so will the need for measurement and metrics, as socially conscious investors (and the managers who cater to them) look for third-party ratings to help determine which companies are walking the walk and talking the talk when it comes to CSR.

Dispatch from Davos: A lack of diversity can be a real risk to a company’s reputation

At a panel at the World Economic Forum in Davos, our CEO Kylie Wright-Ford talked with Boston Consulting Group (BCG) senior partner and CMO Miki Tsusaka about diversity in the workplace.

Tsusaka talked about a shocking statistic uncovered in recent research by BCG, namely that only one quarter of female and minority employees say they’ve been helped by corporate diversity programs.

This exposes a disconnect between what the often (white and male) leadership at many companies believe is important when it comes to diversity (diversity training for all employees) and the policies minority employees say would help them: better family leave, visible role models, and generous child care.

This disconnect presents a real risk to these companies, as companies with good reputations (for diversity, among other things) have an easier time attracting top talent. If a company’s leadership, who account for a significant part of their reputation, can’t see how best to attract and retain a diverse workforce, then it could put them at a real disadvantage.

Reputation Institute’s Wright-Ford: CEO must be stewards of stakeholders’ trust

In Boston Business Journal, Kylie Wright-Ford wrote about the crucial role CEOs play in the creation and maintenance of a company’s public image.  According to Reputation Institute data, 14% of a company’s reputation is tied to their leadership, and the more familiar stakeholders are with the CEO, the more likely they are to hold a company in high esteem. In short, CEOs have a big role to play outside the boardroom, and their job goes well beyond financial returns.

That’s why, according to Wright-Ford, CEOs must cultivate trust with consumers, employees, and investors, and they must do it by being honest, open, and by making clear their commitments to social causes.

“It’s a time for CEOs to be present and take a stand,” according to Wright-Ford. “Audiences that have a greater level of familiarity with CEOs are more likely to buy from, invest in, and want to work for their respective companies.” 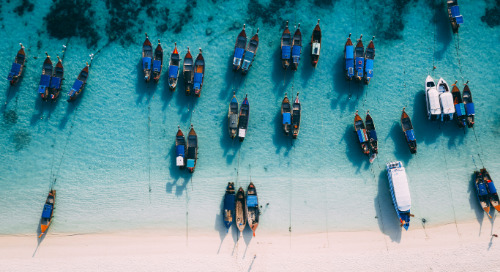 Here's how not to plan a major festival, or any other marketing and communications campaign. 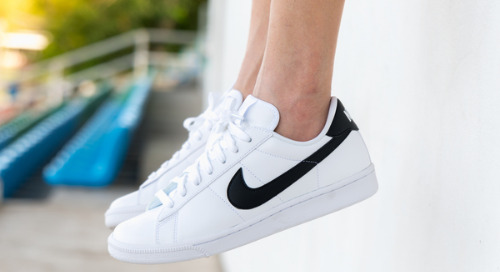