After a tumultuous 2018 – marked by an overall decline in corporate reputation for the first time since 2013 – the new year rang in with a mix of apprehension and hope for many global companies.

What would the new year bring? Will the global economy fare? Would we be moving towards a reputation recession, or will there be signs of a recovery?

Findings from our 2019 Global RepTrak® 100 provide both reasons for optimism and a cautionary tale.  On the upside, the reputational hemorrhaging has ceased – for now. Global companies’ reputation scores among the informed general public increased by 0.9-points after a 1.4-point decline in 2018.   Although there is a positive outlook on reputation, the public isn’t eager to outpour its support. Most respondents are currently either unsure or neutral about giving companies the benefit of the doubt. Now more than ever, companies are on trial in the court of public opinion, facing their “reputation judgement day.” In a time where one misstep can prove costly, building assurance is critical to business success.

The world’s most reputable companies in 2019

In 2019, ten global companies lead the reputation recovery and are best equipped to mitigate against failure and reputational risk by proactively managing reputation, delivering on stakeholder expectations, and providing the necessary assurances.

These are the companies that have earned the trust of their customers, employees, and investors across the world. They have built credibility with the people who matter most and while financials are strong – they are perceived as having a greater purpose beyond profit.

Bosch is the largest supplier of automotive components and is a multinational engineering and electronics company. It has been in the top 10 for three consecutive years. Bosch continues to improve on measures of corporate responsibility – a testament to its work around environmental and educational goals.

As a new entrant into the top 10, Netflix jumped from #24 in 2018 to #9 in 2019. The company has experienced a stunning growth trajectory and has seen its reputation increase by 3-pts – three times the global average. Netflix has been able to build reputational assurance via exemplary responsibility, as illustrated by its handling of the sexual harassment allegations against Kevin Spacey from its hit show House of Cards.

A perennial member of the top 20, Michelin makes a breakthrough in the 10 most reputable global companies for the first time. Beyond Michelin’s performance on reputation drivers, the company has been able to create a stronger emotional attachment among the general public – an insurance policy in times of crisis.

Despite a slight decline in reputation, Canon remains in the top ten of the most reputable global companies for nine years in a row at #7. Its main strengths remain in the domains of Products & Services as well as ethical and transparent behavior. As a brand, compared to last year, Canon is perceived as being more caring.

Sony retains its 2018 rank at #6 and has been part of the top ten for nine years running. The company solidified its reputational standing in 2019 by significantly improving on perceptions of corporate responsibility – reaping the benefits of its environmental and educational engagements in the domains of science and technology.

While the tech industry has been negatively portrayed in the media in 2018, Microsoft has not only withstood the industry trends; it moved up by five spots to #5 in the global rankings. Microsoft was able to improve its reputation and retain public trust by developing a product portfolio at competitive price points as well as remaining transparent in the face of product bugs and updates.

The German sportswear manufacturer not only remains in the top ten for the third consecutive year but moves up three spots to #4. The company’s rise in ranks has been fueled by getting credit for its corporate responsibility performance, outpacing all the other leading companies. In 2019, The Adidas Group was once again named the leader in the Dow Jones Sustainability Index categories reflecting its ongoing public commitment to sustainability.

The media giant continues its magical streak in the top 10 for 9 years. In addition to benefiting from a deeply rooted emotional connection with the public fostered over generations, Disney is a model of consistency in showing strong and increasing performance on six out of seven reputation business areas.  Disney’s strongest scores are in Leadership and Financial Performance.

The LEGO Group is the second most reputable company in the world for the third consecutive year. LEGO also leads all companies in being able to convey a consistent, strong and relevant corporate brand narrative building on its mission of education, sustainability and societal contributions.

For a record four years in a row, Rolex is the most reputable company in the world. The watchmaker’s partnerships with numerous high-profile personalities from the realm of sports, science and arts who not only embody the watchmaker’s image of timeless excellence, but also make positive societal contributions, is reflected in stellar Product and corporate responsibility scores. Rolex’s unmatched ability to link its products to the enterprise and the emotional trigger it generates as an aspirational brand result in a formidable – and world-leading – reputation.

While this year’s top 10 have been able to regain trust, not all companies have been similarly successful. Facebook has continued its decline and is ranked second to last in 2019 mired by continuing challenges in ethical behavior, transparency and data privacy.

Google dropped out of the top 10 for the first time in almost a decade, weighed down by lower perceived performance on corporate responsibility – especially with respect to Workplace.

What do both top performers – and those aspiring to new reputation heights – have to do to grow their reputational capital and improve their business success? It’s all about building assurances. Below are 6 ways in which companies can decrease doubt and inspire confidence among the public: create reputation assurances:

Congratulations to 2019’s 100 most reputable companies in the world – we commend your commitment to leadership, transparency, corporate responsibility and the ways in which you clearly communicate these critical efforts needed to build lasting trust. 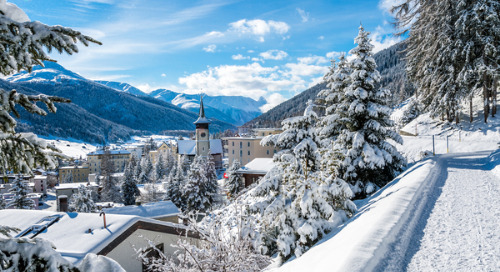 Reputation Institute at Davos: Insights and What's Next in Building Corporate Credibility

Companies should act as agents of change and focus on key social themes. 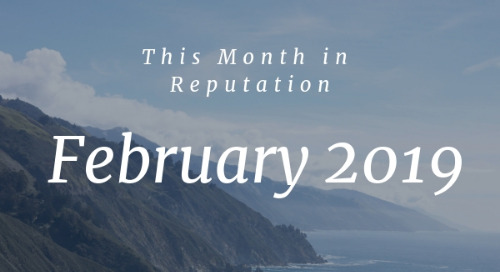 This Month in Reputation: Google, Nike, and More

These are the biggest stories in accountability, damage control, and corporate responsibility from February.