Should Companies Stake Their Reputations on a Charismatic CEO? Lessons from Elizabeth Holmes, Theranos

The most effective corporate narratives convey a clear social purpose and positive impact on society, a fact we discussed in our most recent Corporate Social Responsibility (CSR) webinar and RepTrak study.

Those strong messages are amplified when delivered by a credible spokesperson who seems to embody that vision—the charismatic CEO. For a strong corporate reputation, the combination of these two ingredients—unique social purpose and authentic leadership—seem to be the perfect formula for success.

But there’s a major risk to employing that strategy. As evidenced by the Theranos scandal and scrutiny of its CEO, Elizabeth Holmes, tying a company’s reputation to a single individual’s vision and fame leaves it vulnerable to the flames of abuse and scandal.

As detailed in a number of recent podcasts and documentaries, the Theranos fraud is, at its core, a case study on the rapid rise and fall of a company built on reputation. A health technology startup founded in 2014 by a young Stanford drop-out, Theranos became a $10 billion venture without ever having a fully developed product. Fooling investors, employees, and potential customers, its young female CEO stole the Silicon Valley spotlight by passionately selling her mission to provide hundreds of painless medical tests from a single drop of blood.

Authorities eventually caught on to the impossibility of Theranos’ promise, but for a bright minute, Holmes and her brand enjoyed the highest levels of corporate esteem.

How could a company founded on fake technology make it so far, and what are the reputation takeaways of this corporate misbehavior?

These are the three lessons to take away from the Theranos scandal, along with the reputation red flags (aside from actual fraud, of course!) to keep in mind when managing your reputation and CEO presence with a risk mindset.

The power of social purpose

The story a company tells and the values it embodies are often just as important in shaping its corporate reputation as what it offers in the market. From the start, Theranos positioned itself as a bold idea with the potential to change the world and save lives. It promised to make blood tests—usually associated with pain, expense, and lack of transparency—widely accessible, affordable, and effective by means of a simple prick of blood. In selling that promise, Holmes spoke of the basic human right to access information about one’s body, and the pain that comes with saying goodbye to a loved one.

Theranos claimed to be a technology firm like many others in Silicon Valley, but its distinctive feature was the major impact it could have on the quality of life. Its mission also had a democratic component, aiming to make healthcare more accessible to a wide range of consumers. Theranos’ social purpose was emotional and moved audiences and investors, one key to its quick ride to success.

An iconic leader makes you stand out

Theranos could not have existed without Holmes and her unique persona. Viewed as “the next Steve Jobs,” self-made, young, and female, Holmes made the myth around Theranos a story people wanted to believe. Holmes’ communication strategy was carefully crafted, from a wardrobe of black Jobs-esque turtlenecks to the eccentric demeanor one would expect from a glamorous genius-entrepreneur. The company’s intimate tie with its distinctive founder ultimately increased familiarity and awareness of its brand.

Holmes’ connection to famous names across industries gave Theranos a veneer of credibility. She secured for Theranos big-name venture capitalists and well-respected board members. Forbes featured her on its cover, Bill Clinton interviewed her, and Vice President Joe Biden visited her lab. When hiring top talent, Theranos recruited from key competitors, bringing in well-known names from Apple, its ultimate inspiration. And Holmes’ history at Stanford provided credentials and a reputation halo, despite the fact that she had less than two years of undergraduate education there.

Theranos shows how companies can leverage their place within an existing reputation landscape, building their own reputations off that of partners and the companies they acquire or merge with along the way.

Our research also indicates that while being perceived as charming, exciting, and genuine can lift a CEO’s reputation, perceptions of greed and arrogance are closely associated with these characteristics, to much greater detrimental effect.

Holmes’ fame as an early genius went hand in hand with self-aggrandizing and greed. Responsible leadership cannot be limited to an individual’s persona, and companies should establish the necessary checks and balances to prevent CEO populism. While CEOs should embody the mission of a company, building a reputation exclusively off a charismatic CEO is too risky for global companies to sustain. 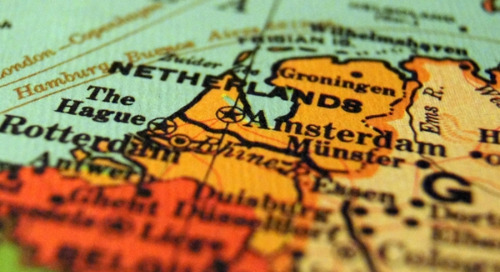 New Priorities for Corporate Reputation in the Netherlands

Last year, there was a massive shift in the landscape of reputation in the Netherlands. 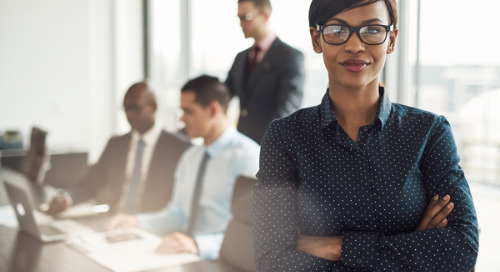 Annual Reputation Leaders Study - What You Need to Know

More than 170 execs told us about their company's journey toward hollistic reputation management: their str...