Huawei’s exceptional growth over the past years in the telco manufacturing sector has been impressive. The company has combined consistent double-digit increases in both revenue and profit with a new #2 position in global sales phone sales behind Samsung, but ahead of Apple. Huawei’s expansion though has recently been impacted by regulatory roadblocks around perceived national security and privacy concerns in multiple western industrialized countries — and especially in the United States.

In the midst of an escalating trade war between the US and China, the recent arrest of Huawei’s CFO Meng Wanzhou (the daughter of company founder Ren Zhengfei) has further strained US-China relations. At the request of the US justice department, Meng was detained in Canadaunder suspicion of helping Huawei circumvent US sanctions against Iran and is currently out on bail, facing extradition to the United States pending legal review.

These recent developments have heightened political tensions between Canada, the US and China, accelerated stock market declines, and put Huawei in the unenviable position of becoming a potential bargaining chip in the ongoing US-China trade dispute.

Not only does Huawei run the risk of escalating US retributions against the company - such as restricting access to US technology and services vital to the tech giant or sanctioning other economies doing business with Huawei — but this new crisis for Huawei has also contributed to the dominant narrative of the tech giant as a company of questionable ethics.

The broader issue at stake is that of reputation and trust among stakeholders — customers as well as regulators and governmental agencies. Companies with stronger reputations benefit from more support: They are more likely to earn a license to operate, are more crisis-proof and their leadership is trusted to act in a responsible and ethical manner. Huawei is increasingly putting itself at a competitive disadvantage, with Telco firm Orange and Deutsche Telekom joining a growing number of businesses unwilling to do business with the Chinese company.

But does this narrative resonate with the public at large — especially in the United States, which could play a major role in shaping Huawei’s continued business success? And should companies like Huawei even worry about their reputation?

To answer this question, we used (a) early 2018 (“2018”) data from the Reputation Institute’s annual Global RepTrak study, measuring the reputation of the largest and most visible global companies in 15 industrialized countries among the informed general public as well as (b) additional data on Huawei’s and the global tech industry’s reputation collected in the United States in September of 2018 (“2018.5”).

How reputable is Huawei in the United States?

And how does it compare to the rest of the Global Tech Industry?

As shown in Figure 1, Huawei’s reputation — the emotional attachment that stakeholders profess to have for companies — in late 2018 in the United States was average with a score of 63.4, significantly trailing the global tech industry which had a strong reputation with a score of 71.2.  Figure 1: 2018.5 Huawei and Global Tech Industry Reputation in the US (vs. 2018)

That emotional bond in the US has slightly increased from early 2018 for both Huawei as well as the Global Tech Industry as a whole.

What drives reputation for the global technology industry in the US?

And how does Huawei fare?

RepTrak provides us with the ability to evaluate a company’s perceived performance on what we call the seven dimensions of reputation as well as each dimension’s relative importance in driving reputation within a given industry. As shown on the right-hand side of Figure 2, the global tech industry’s reputation in the US is predominantly driven by performance in Products and Services, followed by Governance (transparency, ethics, and fairness), and Citizenship (societal/environmental contributions). It is notable that the importance of Governance is extremely high in global tech relative to others.

Figure 2: Huawei Reputation Dimension Scores and Weights for Global Tech Industry in the US

Our findings illustrate that Huawei’s perceived performance on Governance is among one of the lowest across all reputation dimensions with a low average score of 62.4 - suggesting that the persistently negative narrative around the company’s ethical behavior has indeed taken its toll. As expected, the global tech industry receives a significantly higher score on Governance at 69.2.

A further examination of the underlying Governance attributes as well as the informed general public’s assessment of Huawei’s data security/privacy performance is shown below:

Figure 3: Huawei Reputation Dimension Attribute Scores and Data Privacy Performance: 2018.5 vs. 2018 in the US

Huawei’s perceived lack of addressing concerns over data security and privacy is clearly top of mind for regulators and legislators in multiple countries and has been one of the key arguments for preventing the company from conducting business in the US  and other countries.

Figure 3 shows that Huawei’s ratings around safeguarding data privacy have been declining the most, along with a general perception of behaving ethically. All in all, the company’s Governance score has dropped by 3.4-pts. within roughly 7 months.

Huawei must address concerns across multiple stakeholders as part of a broader effort to improve perceptions around its Governance performance.

Figure 4 illustrates some of the consequences for Huawei’s support from an informed general public’s perspective.

When it comes to trusting Huawei to do the right thing or giving the company the benefit of the doubt in times of crisis, Huawei significantly trails the global tech industry. While this may pale in comparison to the more global immediate challenges the company faces from a legal, trade and regulatory perspective, these findings foreshadow Huawei’s future challenge in regaining the trust of prospective customers.

The battle over trust is only beginning

Huawei’s positive growth notwithstanding, the company’s ethical challenges have hampered its global expansion efforts and will continue to do so. The latest crisis underscores the importance that reputation — and the trust it generates — plays in both facilitating business growth as well as mitigating risk. The critical role that Governance plays in the global tech industry can’t be overstated, but its importance has grown across industries worldwide. In an environment of increasing mistrust and competing claims to “the truth, reputable companies gain a clear competitive advantage.

Will Huawei be able to change the narrative around its trustworthiness? Its chances of rising to the very top may well depend on it. 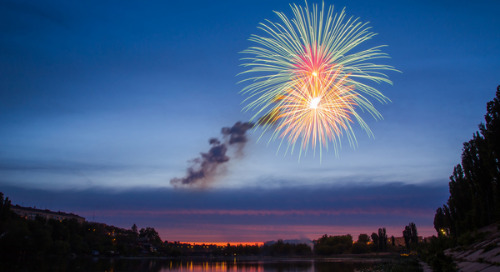 In 2019, Credibility is Everything 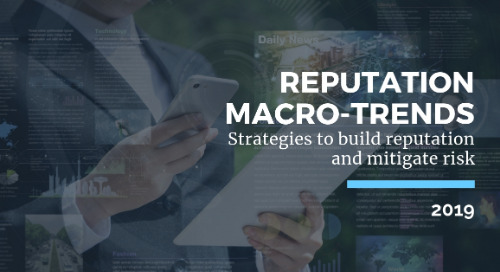