Procter and Gamble: Not So Secretly Closing the Gender Gap 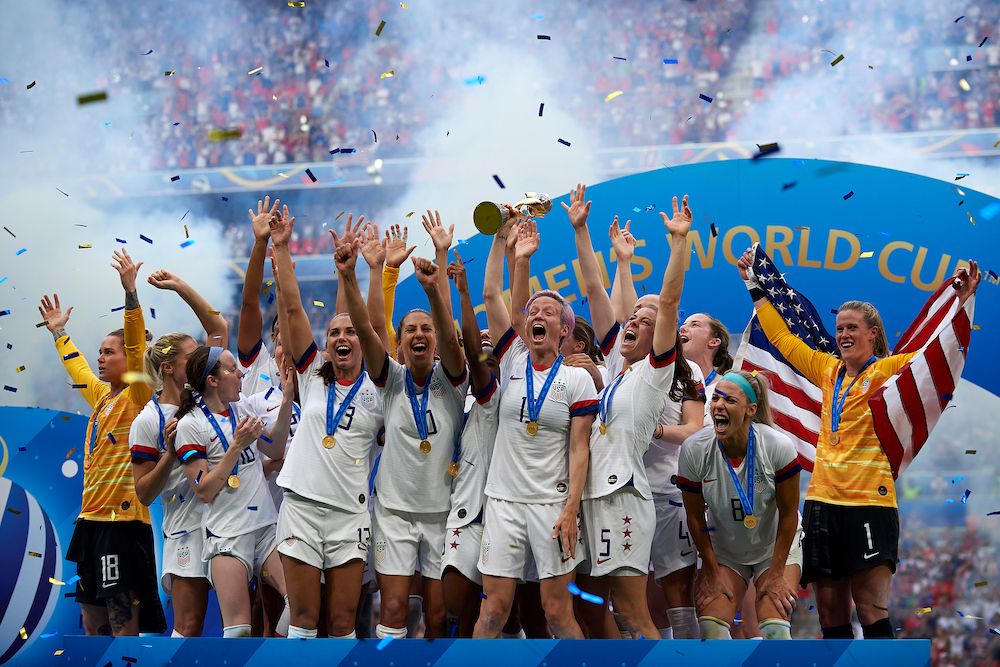 Gender equality in the workplace is this year’s 9th most important reputation macro-trend according to the 170+ Corporate Communications executives we interviewed from 17 industries worldwide.

There exists a new cultural narrative that doesn’t accept inequality, and instead, fosters equal opportunities.

Gender equality an important social norm in today’s society, but it also poses an incredible risk for companies. This is most evident in the workplace when we think about sexual harassment, and unequal pay (see Figure 1). Overall, gender inequality or gender-misuse risks have an average 17.5-point negative impact on corporate reputation, as many companies and individuals have recently learned the hard way.

What is the key learning from this? To garner greater stakeholder support, companies and their leaders must champion and support an affirmative culture that advocates for equal opportunity.

Fortunately, some companies are starting to do just that.

Procter and Gamble/Secret take a stand for gender equality

In 2019, the US women’s soccer (or football for our readers outside of the U.S.) team won the 2019 World Cup, while suing the U.S. Soccer Federation for gender discrimination. This is a prevalent issue across many countries and sports — women athletes are not compensated equally for their work, nor are their teams promoted to the same degree.

The legal battle is yet to conclude and the U.S. Soccer Federation is yet to take action to bridge the gap. Nevertheless, the team’s sponsor, Procter & Gamble (P&G), or more specifically their deodorant brand, Secret, is stepping up to do the right thing.

Secret has donated $23,000 to each of the 23 players, totaling $529,000. This is in addition to substantial marketing efforts to urge the U.S. Soccer Federation, their stakeholders, and companies at large to act on this issue and be on the right side of history.

As a woman, I couldn’t agree more. 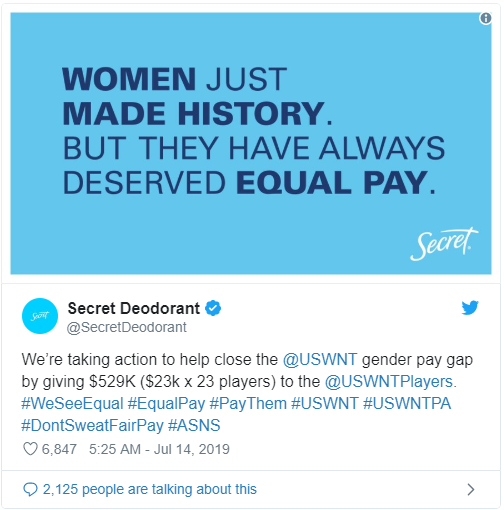 What matters is that P&G is closely aligning their mission and vision with their actions. Their narrative and messaging are consistent. They are doing something good and publicizing it. Because it aligns and is consistent, it not appear to be a marketing stunt, but as a genuine move to do the right thing by standing behind the words that appear in their ads. And the public is taking note.

In the case of their 3rd initiative, P&G states that they “...are committed to creating a culture where everyone is treated equally and can contribute to their full potential.”

So, not only is P&G putting its money where its mouth is externally, but it is doing the work of taking care of its own. Among ways to achieve these goals, P&G ramped up its equal parent benefits to include enhanced maternity, adoption, and paternity leave. The company also developed programs where women support other women in tackling business and career challenges.

But what’s the ROI on doing the right thing?

Based on our data, P&G is getting positive recognition and support from the public for all of these programs. In this year’s Global RepTrak study, it was one of the top 100 most reputable companies in the world. In the United States, P&G has a strong score when it comes to its positive influence on society (71.0 points) and offering equal opportunities in the workplace (73.7).

My hope is that the U.S. Soccer Federation, and others, will take a cue from P&G to become pioneers in gender equality both within their company, and externally.

Discover which global companies are the top-ranked reputation leaders in 2019. 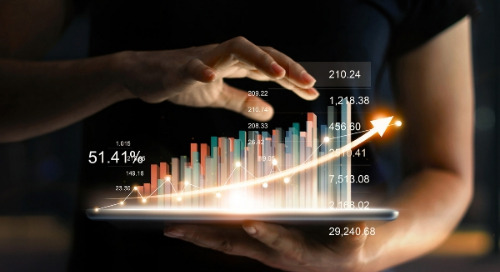 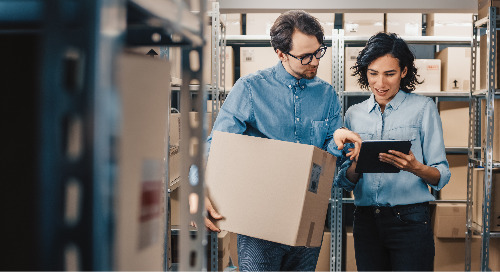