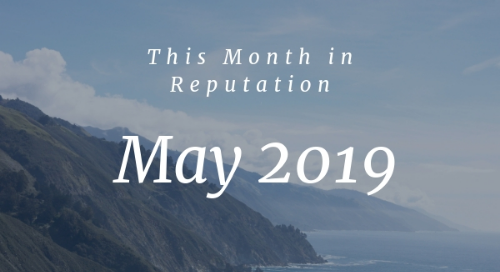 In May, certain brands threw away hard-earned trust and authenticity for a quick boost in visibility, while others saw years of work finally yield serious dividends in terms of both reputation and sales.

The Children's Place bounced back from scandal; thrived in a difficult market by playing the long game

Just under a decade ago, things looked dire for The Children's Place: The children's clothing retailer was rocked by scandal and fighting with the Walt Disney Company.

CEO Jane Elfers, who took over in 2010, has overseen a remarkable turnaround for the company, stewarding it through a difficult early period and leading it to significant growth in a time when the market for children's clothing is stagnant, even shrinking.

She's done it by being honest with investors and by really thinking about what her customers want and need.

The Children's Place was one of the first retailers to reach out to Amazon in 2013 to start selling their products on the site. While many have worried about Amazon cannibalizing their own sales, it hasn't been an issue for TCP—their sales are up on the year, and their stock price has more than doubled since she first took over, besting the growth of the S&P 500 during the same period.

In order to earn precious market share from their direct rivals, Gymboree and Crazy 9, The Children's Place offered deeper discounts more often. It worked. This year, The Children's Place acquired the assets and intellectual property of both brands, after their parent company went into liquidation following a second spell in bankruptcy protection.

"We sacrificed short-term profits for long-term market-share gains," she says.

Moreover, she recognized that the Gymboree brand still had value and occupied a different space in the marketplace than The Children's Place. Elfers ensured the Gymboree brand not only lives on but remains true to its roots, the ones that had attracted such loyal customers.

With investors, she employs a strategy she calls "no excuses."

"You'll hear other companies on their conference calls talk about how they had too many tops this season, or not enough bottoms," Elfers told the Wall Street Journal. "They say their marketing campaign didn't work, or the stores weren't staffed right or didn't display the products right. It's always an excuse about things they can control. Around here there are no excuses."

Instead, she's upfront with investors about what went right, what went wrong, and what they are doing to fix it.

This is the fifth year that the Reputation Institute has surveyed the reputational health of Canadian companies.

They also ranked very high on Innovation with an increase of more than 6 reputation points on the innovation metric.

One company that struggled with its reputation this year was SNC-Lavalin, which was embroiled in a high-profile scandal this year with allegations that it received special treatment from Prime Minister Justin Trudeau. More than 59% of respondents said they "didn't know" whether the company was ethical.

"Companies need to operate ethically, to be open and transparent, to be in full disclosure of their business practices. Otherwise, it results in suspicion and suspicion can erode business reputation," said Reputation Institute's Chief Reputation Officer, Stephen Hahn-Griffiths.

Theresa May steps down as Prime Minister, as Brexit chaos continues

Three years ago, when Theresa May became Prime Minister, she was seen as a calming, principled politician who might lead Britain safely through the arduous process of leaving the European Union, despite not having voted for it herself.

As of June 7, she will no longer be prime minister. Britain remains in the EU, following endless votes that ultimately came to nothing.

It's not entirely May's fault, but the sterling reputation she brought into the office will not be leaving with her. Rather, she will likely always be associated with one of the most controversial periods in the history of modern Britain.

May, like those now vying to succeed her, steadfastly refused to admit what was obvious to most observers: Brexit, as it was sold to the British people in 2016 by the Leave campaign, was not feasible. The gulf between what the UK wanted and what the EU was willing to agree to was too wide. To leave the EU at all would require serious compromises and likely result in severe economic losses. Instead, May simply called another vote and hoped for the best.

Being brutally honest about the costs and benefits of leaving the EU might have ended her career as prime minister even sooner, but it would have significantly bolstered her personal reputation as a person of integrity.

The ex-wife of Amazon CEO Jeff Bezos has pledged, along with more than 200 other billionaires to give away at least half of her fortune.

Bezos received a 4% stake in Amazon as part of her divorce settlement, which was finalized earlier this year.

"In addition to whatever assets life has nurtured in me, I have a disproportionate amount of money to share," Bezos said in a statement. "My approach to philanthropy will continue to be thoughtful. It will take time and effort and care."

How the mighty have fallen! Google CEO Sundar Pichai, who topped our list of the most reputable CEOs last year, didn't even make the top ten in 2019.

This makes sense. While we gave Pichai high marks for his handling of the infamous 2017 "memo" from James Damore, Google has since seen employee walkouts over sexual harassment allegations, data breaches that shuttered Google Plus, and intense scrutiny on its use of contract employees at its massive HQ.

Pichai could defy Google's reputational gravity for so long. The company, whose motto was once "Don't Be Evil," is no longer seen as the benevolent tech god it once was, or as the most desirable employer in the US. It's increasingly seen as just another giant corporation, and one with major problems.

Once synonymous with a miserable flying experience, Spirit Airlines has now pulled itself out of a reputational tailspin.

The airline had an incredibly successful 2018, and 2019 has followed suit. At Las Vegas's McCarran International Airport, Spirit Airlines saw a 25 percent increase in passengers in 2018, or close to one million. This trend has continued into the new year, with a 21% increase.

CEO Ted Christie says the airline has put in the work necessary to overcome the early challenges that led to its reputation among travelers as the carrier of last resort.

"I think that perception was grounded in the execution of the product," Christie told the Las Vegas Review Journal. "In the more distant past we've had some missteps from an on-time perspective. Luckily in the past three years we've invested a considerable amount of time and energy focusing on improving the operational performance of the airline to the point where now we're usually a top three, top four operator in the United States as far as on-time performance, mishandled bags and cancellation rate are concerned."

By investing real resources in addressing underlying issues, Spirit has rehabbed its image with weary travelers. The airline expects to expand service out of Las Vegas, with two new routes to Sacramento and Burbank in California. They're also going to add high-speed WiFi to several of their planes, enhancing passenger's in-flight experience. 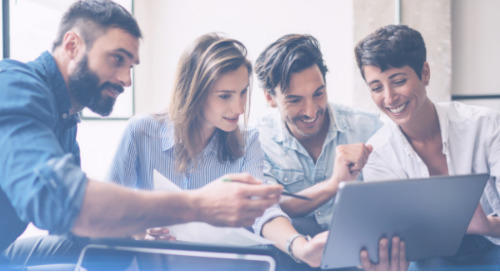 Want to know why reputation is crucial for marketers? This FAQ has all you need to know. 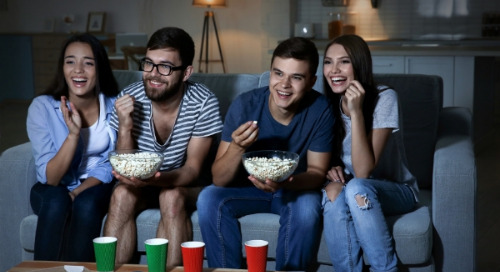 Whoever said movies can't be educational didn't work in marketing.