Facebook is on Trial — and the Jury is Out

It has been a tumultuous 18 months for Facebook. And its perils are no longer isolated to the US but have amplified to a truly global scale.

From accusations of influencing the outcome of the US Presidential election by accepting Russian advertising dollars to the alleged exploitation of up to 50 million personal profiles by partner, Cambridge Analytica, Facebook is faced with a crisis of trust.

Facebook is currently in the dock of the global court of public opinion and the question on the lips of everyone is quite simply, “Can Facebook be trusted?”

The answer to the question will weigh heavily in the weeks ahead and – unless Facebook quickly changes the narrative – the potential risk and implications to the long-term viability of the business could be severe.

Implicit trust is trading at a premium

Globally, over the past 12 months the world at large has been impacted by a major strategic inflection point that has put most large cap companies under the microscope of trust.

Since the end of 2016, perceptions of most companies have suffered a setback on the key measures that impact reputation. This decline can be traced to reports of record profits, corporate tax reforms, and societal macro-trends: the emergence of fake news, tweet ranting, and the #MeToo movement, among others.

Against this growing backdrop of skepticism and cynical view of large corporations, only 38.5% of the world’s population trust any large company to do right thing based on Reputation Institute’s latest 2018 Global RepTrak® study. Consequently, fewer people are willing to give large corporate entities the license to operate.

Driven by social and macro-economic forces at large, as well as by events directly associated with Facebook, the company overall experienced a statistically significant drop in its global reputation across the G15 economies between 2017 and 2018. This decline was underscored by an overall erosion of reputation equity, based both on a decline in emotional connection with Facebook, as well as due to lower performance on several rational dimensions that give people “reasons to believe” in the company.

Findings from the Global RepTrak® study fielded in January and February of 2018 (see Figure 1), show that Facebook was especially vulnerable in the areas of Citizenship and Governance, the dimensions that align with perceptions of ethics, morality, and social responsibility.

But what is especially alarming, is that these declines in reputation were measured before the recent “data privacy scandal.” This suggests a pre-existing weakness in the very areas in which the current allegations could have further disparaging impact on Facebook.

Aligned with the decline in Facebook’s reputation, the company has seen a major decrease in behavioral support. Beyond the significant erosion in trust for Facebook – far outpacing the overall global decline – the company also experienced a major drop in the measures of willingness to recommend and say something positive.

Even the measures of willingness to invest are down, suggesting that Facebook might experience further challenges related to its share price value in the year ahead. Perhaps most concerning to Facebook though is an 11% decline in getting the benefit of doubt – a key measure of license to operate.

More directly, nearly three out of every four people around the world do not give Facebook the benefit of the doubt.

But again, the major concern here is that this data was captured right before the “data privacy scandal” so the real impact on Facebook could be far worse than even presented here in this study.

The somewhat celebrated, sometimes maligned, and often misunderstood CEO of Facebook garners a relatively large amount of pre-existing respect. Based on our inaugural CEO RepTrak® study, also fielded in January and February of 2018, Mark Zuckerberg scored well based on his stand-alone merits of reputation as a CEO.

With a reputation score of 72.5 pulse points, Zuckerberg as a person actually trended higher than Facebook as a company. This suggests that the reputational issues confronting Facebook can be linked more to the company and what it does (or does not) stand for, and less with its CEO. However, while Zuckerberg is viewed as excellent in his role as CEO on the dimension of being “influential,” and strong on the merits of “leadership” and “management” skills, he is only perceived as average in terms of being considered “responsible.”

While he is perceived as a “CEO who acts responsibly, behaves ethically, and cares about social causes,” this average rating suggests potential long-term vulnerabilities for Zuckerberg.

What verdict will be reached in the court of public opinion?

Should the negative publicity surrounding Facebook and its link to Cambridge Analytica increase in intensity, there is a distinct possibility that the general public may find Facebook guilty by association, even though there may be no direct evidence of wrongdoing.

Our most recent data suggests the possible outcome of a hung jury, but with all things being equal, there is the highest likelihood that Facebook will come out of this crisis with only short-term reputational damage and the renewed opportunity to look to the future and to rebuild trust over time.

According the Global RepTrakⓇ study, about a quarter of people surveyed would outwardly “defend” Facebook and stand behind it, and a fifth would outright “avoid” it. But a majority still seems to be open to being swayed one or way or the other, assuming no further negative impact of the recent data privacy allegations occurs.

It all comes down to Zuckerberg, his character, his public response to the data privacy issues, and the pre-existing reputation of Facebook. First, and on “face value” (pun intended), the company should have just about enough historical reputation equity from the past to enable it to ride out the crisis.

Second, it would seem that Zuckerberg has enough leadership equity and credibility to be able to withstand the intense scrutiny – and to leverage his own reputation for the benefit of his company.

Third, it would seem that most everything depends on Zuckerberg’s public response to the crisis. It’s likely that the general public will hang on his every word, scrutinize his body language, and pick up on his sense of empathy as they mentally process the answer to the question – “do I trust you?” Much will be riding his own public defense next Wednesday.

What can Zuckerberg do to positively and genuinely win over the jury (and rebuild trust in Facebook)? 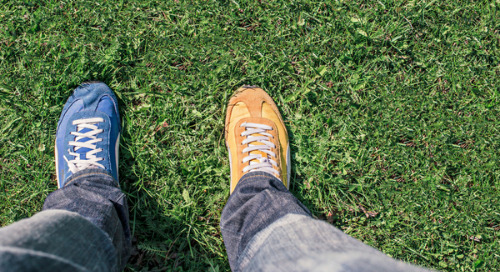 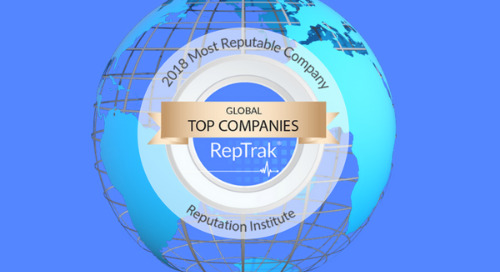 2018 marks an impactful year for reputation.