Casting Light on the Shadow that Is Reputation

“Character is like a tree and reputation like its shadow. The shadow is what we think of it; the tree is the real thing.” – Abraham Lincoln

This quotation really struck a chord with me and brought forth imagery from nature to convey reputation in a tangible way. Reputation is built on a foundation of honesty, authenticity and sincerity in everything that you do and say. You must know who you are first and foremost. For more than a decade, the Reputation Institute has been measuring reputation and offering clarity around why stakeholders form their perceptions about companies, countries, cities and much more. We’re defining the shadow, so to speak. And we’re bringing the shadow into clear focus for all to see.

The Reputation Institute’s annual Global RepTrak® 100 is the world’s largest annual global reputation study and the foundation for the World’s 100 Most Reputable Companies list published by Forbes. Just next week, on April 21, we’ll be releasing our 2015 list. Our RepTrak model is the gold standard for measuring corporate reputation, providing a one-of-a-kind appraisal of how the public views the world’s best-known companies. The RepTrak database examines 15 stakeholder groups in more than 25 industries and more than 50 countries for more than 7,000 companies.

Over the last decade, the Reputation Institute has learned that even small increases in overall reputation drive increases in people’s willingness to recommend a company to others, purchase a company’s goods and services and work for a company. In today’s world of instant news and social media buzz, reputations are being built, shaped and destroyed at an alarming rate. The reputation risk from an issue arising is more significant than ever.

I’ve started this blog to initiate the discussion and share our collective insights and data into the importance of reputation and reputation management for all companies from all major industries. I speak from my experience as CEO of the Reputation Institute, but I’m going to open up the dialogue to include other reputation thought leaders, so that this is a shared space.

This blog is also meant to be a place for anyone to participate in an open discussion about reputation and reputation measurement and management. So, ask questions and let’s find the answers together.

And, if you’re a company, start by asking yourself, “What’s my shadow and is it being seen in the right light?” Your reputation matters! 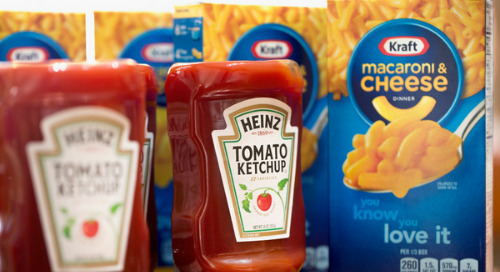 The recent announcement of the merger between Heinz and Kraft to create "The Kraft Heinz Company" as the fi...