History is riddled with corporate disasters, small business successes, and other stories of enterprise. And with documentaries all the rage these days, many of these stories are getting their moment in the small-screen spotlight. If you’re a communications exec, these documentaries will prove both entertaining and surprisingly educational.

ENRON: The Smartest Guys in the Room

The bigger the business, the more public the disaster. Just look at the fall of ENRON, one of history’s greatest business scandals. To learn more about how a major corporation can completely collapse and the role the media played in its downfall, watch ENRON: The Smartest Guys in the Room, based on a book by the journalists who witnessed it. The film also offers a fascinating exploration of how corporate culture changes when a company becomes corrupt.

The power of the media and the importance of diverse hiring policies may not seem like related topics, but Miss Representation proves that they are. The film analyzes the limiting portrayal of women in the media and how it has affected how many women succeed in business, politics and life.

For older companies thinking about rebranding, Tiny Shoulders offers a case study in success. The film tells the tale of how Barbie first became beloved, how her fans grew to resent her, and how Mattel won back their adoration. It’s the story of a massively challenging yet much-needed reinvention.

The disaster that was Fyre Festival is the ultimate public relations failure. And the two documentaries that have come out of it, Fyre Fraud and Fyre: The Greatest Party That Never Happened, offer valuable lessons on internal communications, crisis management from a PR perspective, attracting an audience, and the power of social media. Whether you’re looking for help in marketing, comms, HR, or PR, there’s plenty to be learned from Billy McFarland’s entrepreneurial mistakes.

To be a more sensitive—and more effective—HR exec, you should know what it feels like to lose your job. If you’re lucky enough not to know what that feels like, watch Lemonade, an inspirational and emotional film about 16 professionals who lost their jobs but found their callings. 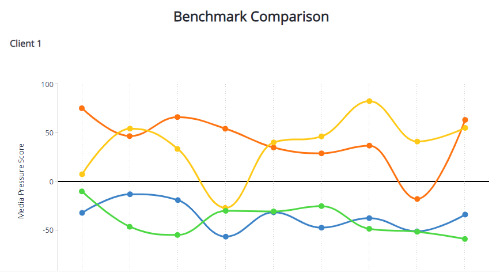 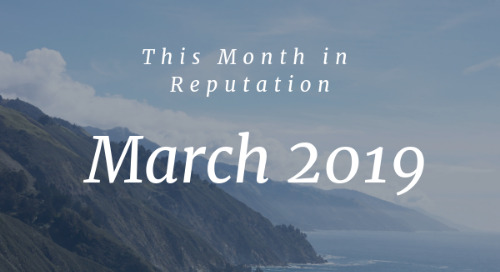 This Month in Reputation: Universities, Facebook, Boeing... and Ryan Adams

Concert tours were canceled, planes were grounded, and thanks to a college admissions scandal, Aunt Becky f...